The University of York uses Google Mail (Gmail for short) as its email service. This means that it integrates very nicely with the other Google applications.

Emails are a part of everyday life, so it's worth taking some time in the short term to maximise efficiency and make life a little easier in the long run...

This newfangled Electronic Mail thing has only been with us since 1971, so it's understandable that after only half a century we're still struggling to grasp its full potential as a means of communication.

Please ensure you sign up at least one working day before the start of the session to be sure of receiving joining instructions.

No, really. It's easy to get taken in. Even members of IT get caught out. So please, please, take a look at the resources below... especially the link to our phishing advice.

Let's have a look at the very basics of how email works, and some of the jargon involved:

An email client is just a fancy term for an email program. Historically this would've been a desktop application (a proper, stand-alone computer program) but increasingly it's a browser application (a website).

In the old model, you'd write an email in your email client on your computer (maybe saving a copy locally, on your computer), then send that email down the internet to a server (a computer somewhere else that acts as your local post office in a snail-mail analogy). This server then sent the email to the server being used by your recipient (their local post office: perhaps hull.ac.uk rather than york.ac.uk). Then your recipient would download the email to their client (perhaps leaving a copy on their server, or perhaps deleting it and just saving it on their own computer).

With webmail applications like Google Mail, there's no local storage of files by default: they all live in the cloud, and mail.google.com is just a window onto that cloud. But you can still attach a client program to it, like Microsoft Outlook, or like the email app on your phone.

When you set up a new email app you might have to tell it a number of different server addresses, but what do all those letters mean?

IMAP (Internet Message Access Protocol) is a bit like a more sophisticated version of POP and is used a lot in this modern era of webmail services and phone apps because it essentially replicates your webmail folder structure on your app, and shows you some basic information about your emails before you choose to download them.

To help you get your head around Google Workspace, it can be useful to think about working practices and models before we start exploring specific apps.

Working collaboratively at a distance is complicated. Fortunately we can now create documents that multiple people can access at the same time — and even edit at the same time! This has the power to transform the way we work — if only we could stop the bad habits we've been develping for centuries...

Google Workspace works using a share model, which means the focus is on giving access to the right people and then they can access the right files and information over the internet. Let's take a look at how this work in comparison to other models: 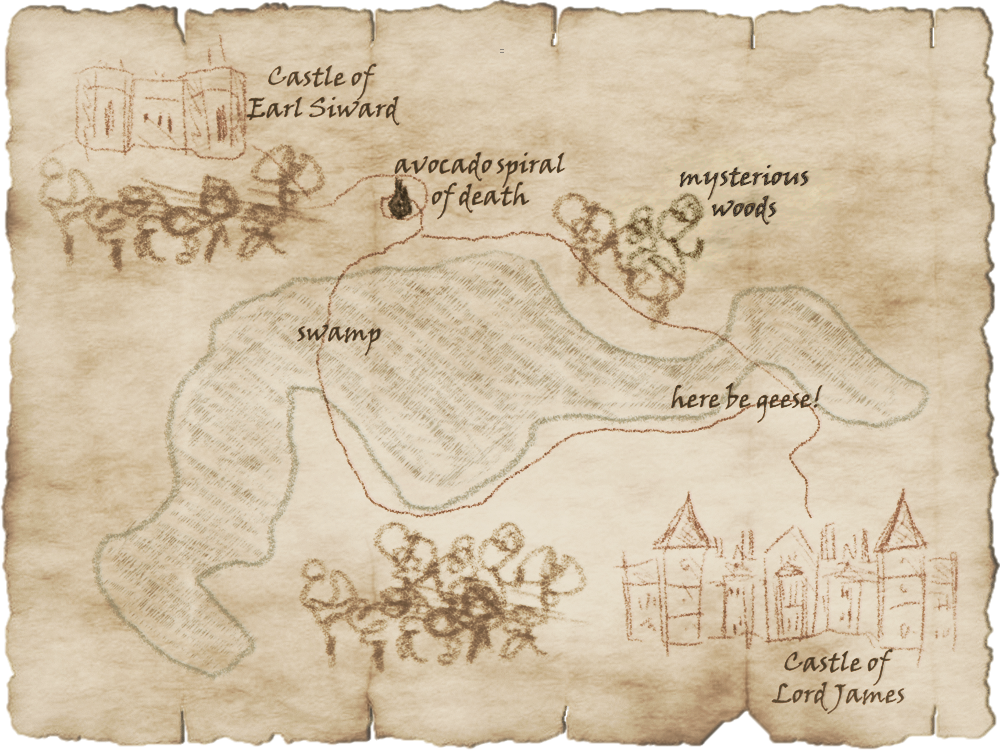 Earl Siward wishes to negotiate a Peace Charter with his rival Lord James, but both live at opposite sides of a perilous swamp. So Siward writes his terms on a piece or parchment, and entrusts it to his best messenger: a little urchin boy called Scritch.

Scritch sets off from Castle Siward, and carefully descends the treacherous path that spirals around a curious avocado-shaped monolith. Local custom states that this strange landmark is a place of dark magick, and travellers are warned to pass by this spot as quickly as possible lest they be bewitched. So Scritch wastes no time and is soon at a fork in the road. There are two roads to Lord James' Castle: one through mysterious haunted woods, and the other through an unpredictable swamp. It's been relatively dry, so Scritch risks the swamp. The stepping-stones are slippery but Scritch treads carefully and is soon at the other side. He is almost upon Lord James's castle when he is beset by horrifying geese. Fortunately, Scritch brought a sandwich with him and is able to distract the geese and buy his route through. He reaches the castle, knocks on the door, and delivers his Earl's message.

Lord James reads carefully. He thinks a while, and then scribbles out some of Earl Siward's draft Charter, adding some notes in the margin and several new paragraphs on the other side of the parchment. He passes the newly revised Charter to Scritch to deliver back to his master. Scritch sets off again on the journey home. The geese are still there, but now it's starting to rain so they scatter. However, the rain will make the swamp crossing dangerous, and although the sun is starting to set, Scritch has no choice but to take the other road through the haunted wood. Keen to make it through as quickly as possible, Scritch breaks into a jog, but the wood is overgrown and Scritch trips on a bramble, grazing his knee. He dusts himself off and carries on, singing a song to himself to keep his thoughts from fleshing out the eerie noises of the dark and mysterious woods. Sore, tired, and terrified, Scritch finally reaches the junction again, and heads back up the spiral track to Siward's Castle.

This is the way we've written to each other for centuries. Sure, some details have changed: Scritch was replaced by the Post Office; we built a bridge over the swamp and cleared a better path through the woods; but the geese are still there and so is the distance. Technology has reduced the time it takes, but the principle has generally remained the same. 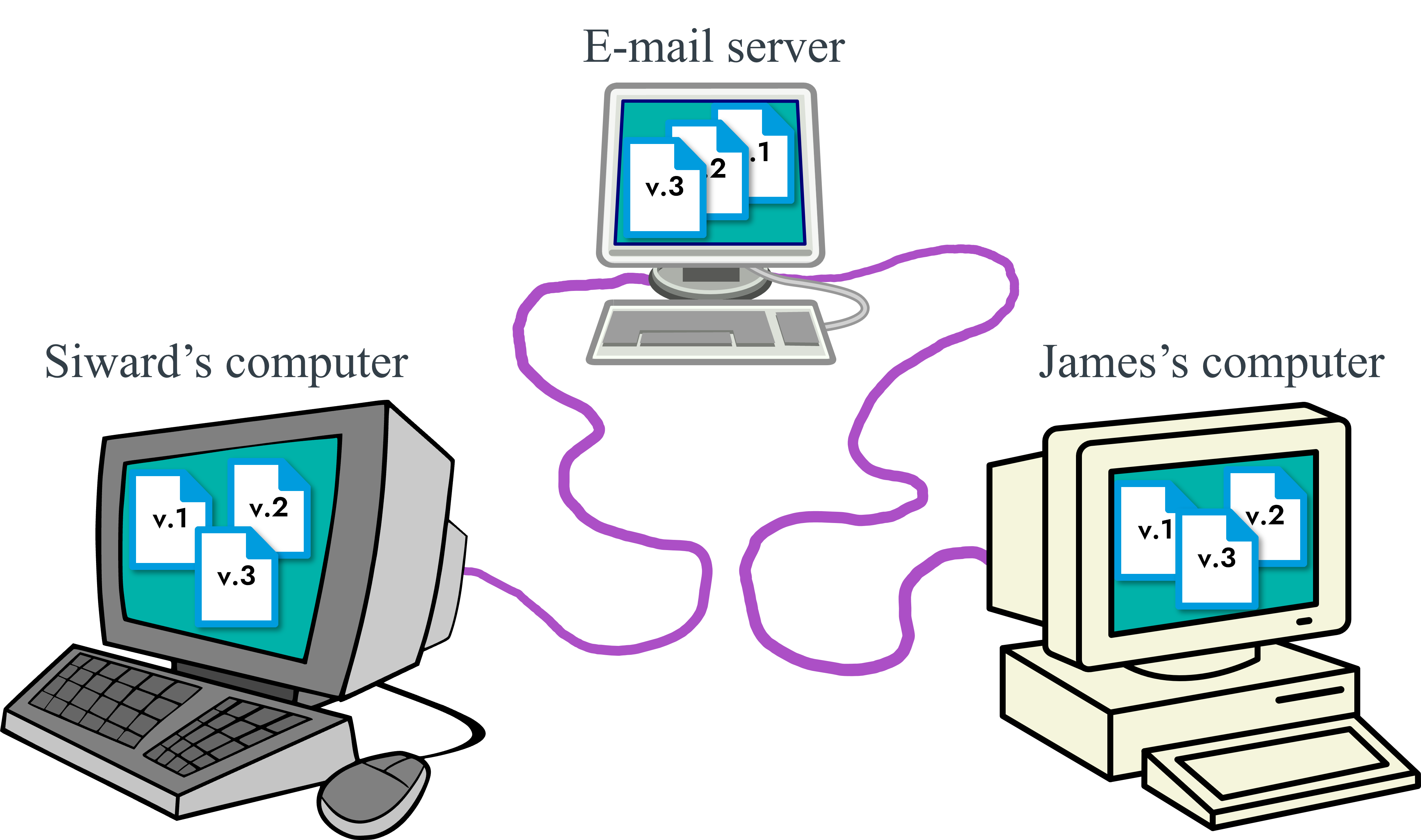 When email came along, we pretty-much carried on doing what we'd always been doing. Only we swapped Scritch for a mail server that would serve as our Post Office.

But one thing was subtly different: rather than the same piece of parchment travelling around in the possession of the loyal Scritch, we're making copy after copy:

Three computers, each with at least three copies of the file... and we've only just begun our collaboration. What's more, this is only two people collaborating on a file. Imagine attaching an agenda for a meeting and then sending that out to the ten people who are due to attend. That's at least 12 copies from a single email. And then you notice an error in the agenda and send out a corrected version — 24 copies...

There are other complications with this model too — it's a very turn-based approach: Siward and James can't work on the document at the same time because then there would be conflicts to resolve between the two different versions. And even in a turn-based approach, there's the risk that you accidentally edit an older version and mess everything up.

If only there were another way... 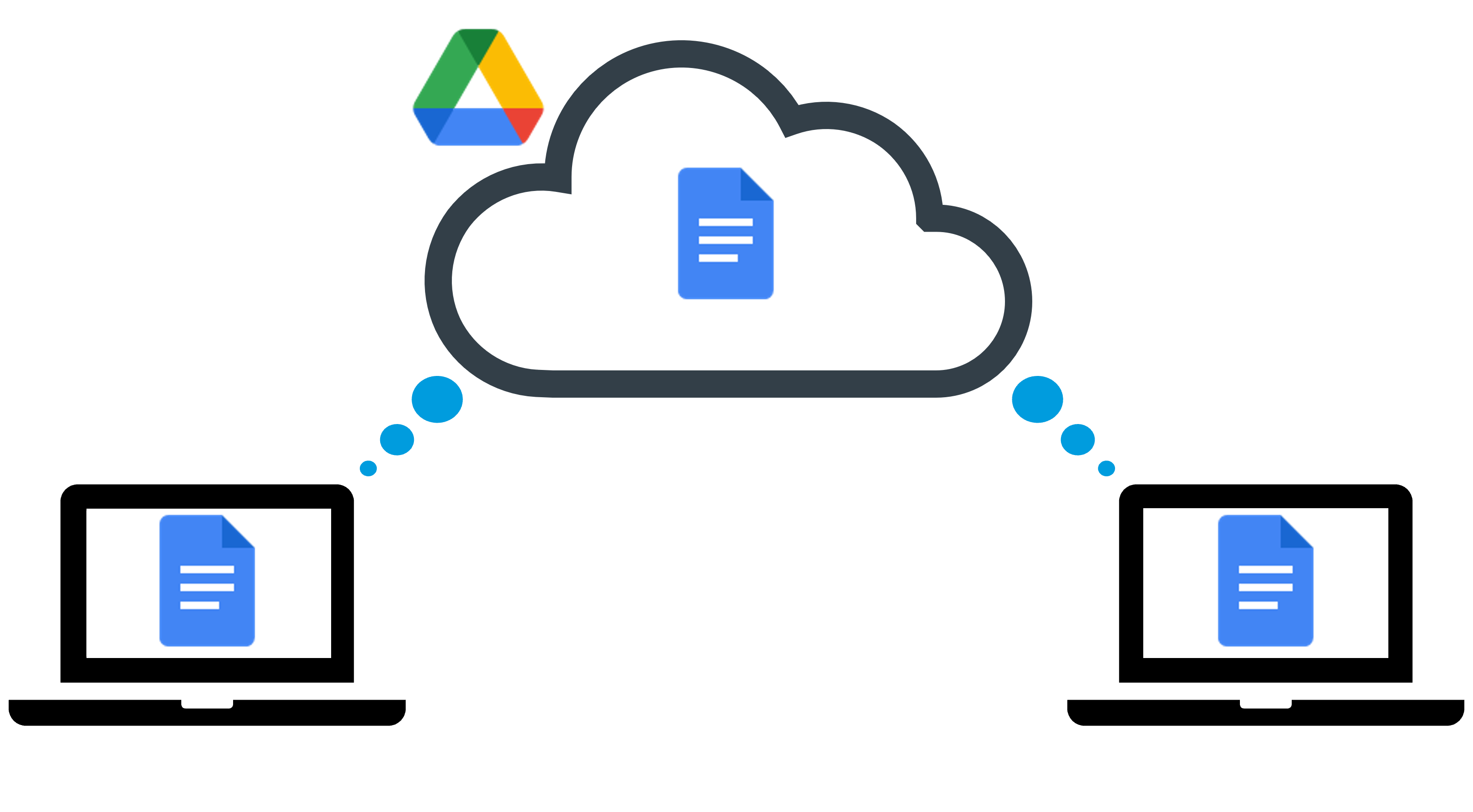 Siward and James both have access to some cloud storage. Cloud storage is basically just a shared hard drive, albeit at the end of a very long wire! We've had shared network drives for decades, of course; they're older than email is. But the problem always used to be that only one person at a time could access a document and make changes to it; the other person would be locked out because real-time collaboration was too much for the computer to cope with.

So now Siward and James can have a single document in the cloud, and both of them can open it and make changes to it simultaneously. There's no longer nine versions of something; there's just the one.

It also means that if you're emailing out something like an agenda for a meeting, rather than attaching the document (which then becomes multiple copies of that document) you can just link to a single file in the cloud which everyone can access. And if something on that agenda changes, it changes for everyone; there's no need to send it out again!

We are living in the future and it is a magical place! 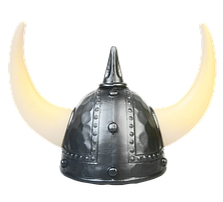 Scene: A cafe. One table is occupied by a group of Vikings with horned helmets on. A man and his wife enter...

Man: Well, what've you got?

Spam is a brand of canned, cooked pork which features heavily in the above-quoted Monty Python sketch. That sketch was made a year before the first email was sent, and since then a lot more emails have been sent, not all of them gratefully received. Indeed, the sheer weight of unsolicited emails cluttering an inbox could feel a lot like that cafe's menu...

Email spamming is a serious issue with some serious legislation in place to deal with it (as well as University regulations), so you have to be very careful if you want to go sending mass emails out to multiple recipients, and you need a very good reason to do so. Mass mailing should operate on an 'opt-in' basis, so you should never be 'cold-calling' somebody.

But you may have a legitimate reason for mass emailing people, and the University has tools you can use to spare you the risk of accidentally forgetting to use the BCC field: