A look at designing and delivering presentations, in person and online.

Before we start making slides, we need to think. Do we even need slides at all? And if we do, what needs to go into them? And what's going to be the right tool for the job?

Think about the best and worst presentations you’ve ever seen. What was so good / bad about them?

Do you even need presentation materials at all?

When we think of presentations, we might immediately start thinking about slide decks and PowerPoint. But that's only one approach of many. Here are perhaps the main eight:

People have been presenting without any visual aids for millennia. It's possible for an audience to be held rapt by an engaging speaker; an eloquent storyteller. It does take a bit of confidence to present in this way, though. Sometimes it's nice to have something to fall back on or to serve as a prompt. 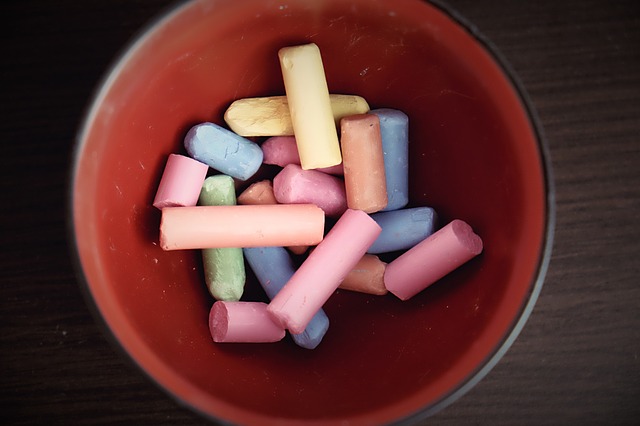 Having something to write on can be really handy, be it a cave wall, a blackboard, a whiteboard, or a flipchart. You can use a writing surface to highlight key points, or to build up concepts at a controlled pace. Being able to draw or write out an idea or a process lets your audience follow along step by step, and blackboards and whiteboards are still the easiest way of working with formulae. A writing surface can also be a good way to pull together thoughts and ideas from the floor. Even online tools like Zoom include a whiteboard. Of course, it helps if you have legible handwriting and can reach the surface you're working on. There's skills in boardwork that can take a bit of practice.

Handouts can be handy for distributing the details: quotes, stats, graphs etc. But, as with any visual aid, there's a risk that you start having to compete with your written documentation for the attention of your audience. 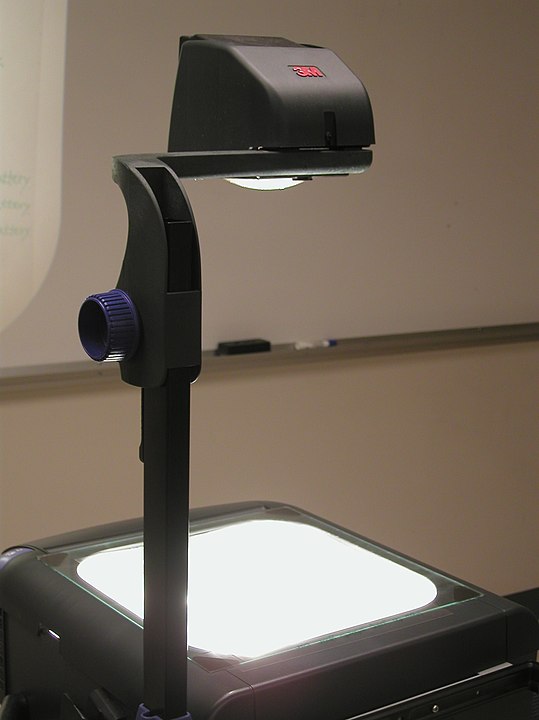 Overhead projectors (OHPs) have been a classroom favourite for decades. They used to require acetates and special pens, but now we have digital OHPs, and there's quite a few in teaching rooms across campus. You can use them to magnify and project text from a book, or from your own notes. A second piece of paper covering the notes can even allow you to reveal parts of a page in turn. Or you might use a sheet of paper as a drawing/writing surface: as a flipchart but with the added advantage of it being projected at size onto a large screen. In this respect, OHPs bridge some of the gaps between physical aids like boards and handouts, and digital technologies like slide decks.

There are a number of online applications for polling your audience, including Mentimeter. You could also use a survey tool like Google Forms or Qualtrics. If you're presenting online, Zoom has polling tools built in.

Bear in mind that if you're using polling in a face-to-face setting, you're reliant on:

Perhaps you're talking about some digital application, or web content, in which case you might want to do a live demo, sharing your computer screen with the audience. If you're going to do this, you might want to adjust your screen resolution: what's good for working may be too small to make out in a presentation. Oh, and you might also want to tidy your desktop and your browser, just to make sure you aren't showing anything you shouldn't be.

Sometimes playing a film to your audience can convey a message better than anything you might want to say, but the chances are few and far between. It's awkward for you to be stood about while a video plays, and it's awkward to set up too (getting the volume right, and the video sized properly is always a challenge at the best of times). And it's easy for your audience to be disengaged by the apparent break in proceedings. So use videos with care, and only when they're genuinely adding something unique to your presentation. 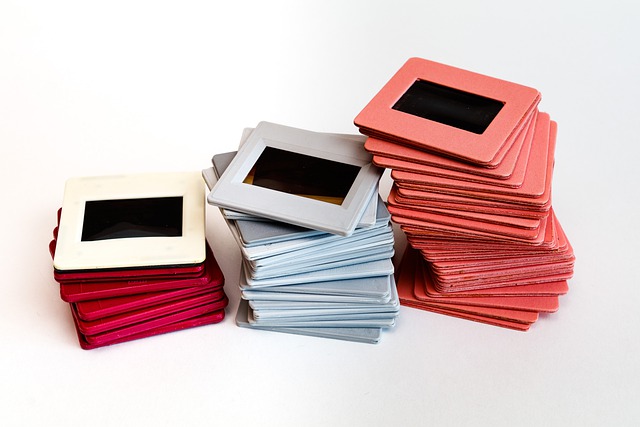 Slides are by far the most popular presentation aid these days — to the point of ubiquity. They were originally physical objects: 35mm photographic transparencies projected onto a screen. Now, of course, they're made on a computer.

The three most prominent slide-based presentation tools are:

Prezi is great if there's a non-linear structure or map behind what you're talking about. But be careful not to make your audience sick with the transitions you use.

Google's version of PowerPoint is great for collaborating on slide design; and also pretty great for sharing slides or embedding them online. It also has a built-in Q&A tool that can be used to add an element of interactivity to your presentation.

The most commonly used slide software (though not always used well). It has some great features and is really easy to use.

If you're writing an academic presentation, it's important to bear in mind that there probably won't be time to include everything there is to say on a topic. You'll need to prioritise what are your key messages:

Be sure to include all of the musts, as many of the goods that you can, and, if there's room, some nice!

Ask yourself: Who is your message aimed at?

Is it adults? Children? Academics? The public? Your answer may inform the content and the style, and will probably determine how much you have to explain to your audience.

Think about the sources you've seen being used in other peoples' presentations: lecturers... conference speakers...

Often you'll need to use facts, figures, statistics and definitions... Focus your searching on the key messages you want to cover.

You'll have limited space to quote material, so only select the most authoritative sources...

For most of this guide we'll be concentrating on the two slide tools available at York: PowerPoint and Google Slides. Both tools let you:

The two tools aren't identical, though. Here's some highlights of features exclusive to one or the other:

Prezi has been widely used as an alternative to PowerPoint. It's great if there's a non-linear structure or map behind what you're talking about. But be careful not to make your audience sick with the transitions you use.