Scholarship of Teaching and Learning in Higher Education

This guide is a gateway to key resources aimed primarily at staff and postgraduates who are engaging in professional development around teaching and supporting student learning at Higher Education level.

The Library's online and paper collections

The University maintains substantial holdings of British government publications, in print and online. When researching particular historical events rather than very current affairs this can be very useful. More information.

Departments with responsibility for Universities since 1964

The timeline below charts responsibility for Universities since they were first assigned to a government department in 1964.

1995-2001 Department for Education and Employment

2007-2009 Department for Innovation, Universities and Skills

2009-2016 Department for Business, Innovation and Skills

The latest issues of the York Scholarship of Teaching and Learning Journal. 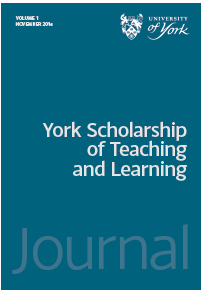