Welcome to your online guide to finding resources for law.

Primary sources of law are statements of the law itself. Primary legal sources can be divided into two categories: legislation (Statutes, SIs and regulations) and case law (decisions of the court). 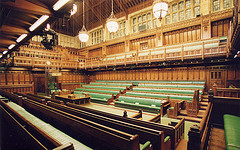 Most new laws, or changes to existing laws, are proposed by the government. However, anyone can submit a recommendation for either a new law or a change to an existing law. For a proposal (bill) to become law in the UK it must be approved by the House of Commons and the House of Lords.

Legal Glossary: The Non-Lawyer's Guide to Legal Terms - A helpful glossary created by Family Law Solicitors for their clients.

Law and Rights - These pages, created by Citizens Advice, inform you about legal and civil rights and explain how you should be treated by the police and prison system.

Halsbury's Laws of England is an encyclopaedia of law in the England and Wales, arranged by subject area.

It is regarded as an authoritative commentary of the law so is useful if you are working in a a new area of law and need to find the most significant information (cases, legislation, commentary) to get going.

You can access Halsbury's Laws via LexisLibrary and we also have it in hard copy, available in the library.

Legislation, often referred to as statute law, is the term applied to a country’s written laws. In the UK legislation usually refers to Acts of Parliament, but in its broadest sense it also includes laws made under the powers conferred by Acts of Parliament.

The resources listed below are useful for accessing statute law in the UK. Click on the i for further information about any of these resources.

To search for an Act of Parliament on the electronic databases search for the short title followed by the year.

Case law (judge-made law), the primary source of law that forms the doctrine of precedent in the English Legal System, is published in law reports.

Law reports
Judgments are often reported in several law reports. When citing law reports in court you will be expected to cite the most authoritative version of the report. The generally accepted hierarchy of law reports is:

The following legal databases provide access to case reports, judgements, digests and comments. Click on the i for further information about any of these resources. 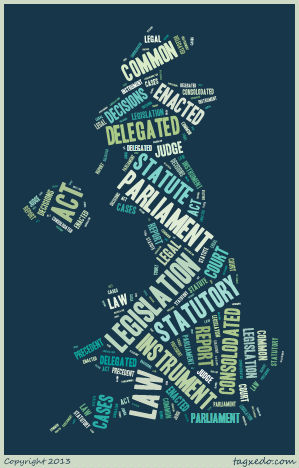 Common law refers to the rules of law developed by the courts, not the Parliament created statutes. English Law opertates a common law system where judgements and decisions made in the courts are considered a primary source of the law.

Precedent refers to the judgement or decision of a court that is used to inform the decision made in subsequent similar cases. These judgements and decisions are usually recorded in a law report.

You need to ensure that the primary materials you are citing are 'good law'. Legislation can be amended by SIs and cases can subsequently receive positive or negative judicial treatment.

Subscription databases will often provide information on the status of the legislation or the case so that you can check that it is still considered to be 'good law'.